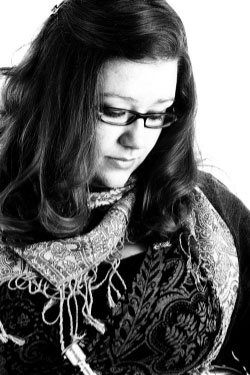 As a composer, Lucy has received many accolades for her work, most notably in 2011 when she became the first female artist to be presented with a British Composer Award in the Brass/Wind Band category for In Pitch Black. This piece was also the first brass band work to win a BCA. Her work has subsequently been shortlisted for the awards on four more occasions. Lucy has also been a member of the judging panel for the British Composer Awards/Novellos and adjudicated the 2019 EBBC Composers Competition alongside Dr John Pickard and Oliver Waespi.

With over 15 years’ experience as a music educator and animateur, Lucy has also composed many pieces for youth ensembles – from string orchestras, to massed ‘flexible’ ensembles with differentiated/inclusive parts. She has also developed and delivered whole-class programmes of music for KS2 classes. In addition to her work in schools, Lucy has lectured at Huddersfield University and been a guest speaker at the University of Salford, the University of Leicester, Bath Spa University and a featured artist at the 2017 IWBC event in Philadelphia, USA.